The Albuquerque area enjoys an exceptionally beautiful climate, with low relative humidity and an average of 3,420 sunshine hours (approximately 300 days) per year.

The city has four distinct seasons, but the temperatures are usually mild compared to the extremes that occur elsewhere in the United States. The city stretches north and south along the cottonwood-lined Rio Grande, and east and west between the Sandia Mountain Range and a line of inactive, prehistoric volcanoes (Petroglyph National Monument). Altitudes range from 4,900 to over 6,700, with the higher regions averaging slightly lower temperatures and more precipitation. 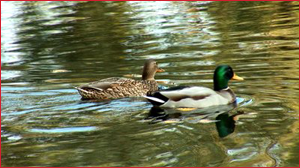 Spring is generally mild and pleasant, with periods of afternoon wind gusts in March and April. Most days are sunny, and recommended ride times are in the late morning / early afternoon and evenings. Streets, trails, and paths are lined with flowering plants / trees in April, and feathery-white wisps from cottonwood trees float through the air. This is a beautiful time for picnics in the park, bird watching, fishing at nearby Tingley Beach, and family outings. Average high temperatures are in the 60’s / 70’s, with lows ranging in the 30’s / 40’s. A full-day bike rental (i.e 3:30PM – 3:30PM) is the perfect way to take advantage of the weather during this season.

Summer in Albuquerque offers myriad options for outdoor recreation, from early morning trail rides to breakfast / lunch / coffee with friends (area restaurants have numerous outdoor patios) to mountain biking in the foothills / alpine areas of the Sandia Mountains. June and July tend to be the hottest months, with high temperatures in the 80’s and mid/upper 90’s and lows in the 60’s and 70’s. Late July and early August bring additional cloud cover and isolated afternoon rain showers (duration is typically 15-30 minutes). Recommended ride times range from the early / mid morning to the early afternoon, and in the late afternoon and evening. Note that Albuquerque is an arid / sunny climate, and as such, riders are advised to take plenty of water wherever their journey may lead (bottles are available at Routes). A full-day bike rental (i.e. 9:00AM – 9:00AM) is a wonderful way to take advantage of suggested ride times during this season. 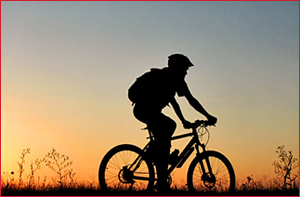 Fall is a gorgeous season in Albuquerque, with beautiful colors, falling leaves, the State Fair, myriad harvest festivals, and the smell of fresh-roasted New Mexican green chile. The renowned International Balloon Fiesta occurs in October, and the launching / viewing grounds are easily accessible from Routes via bicycle (a ~45 minute ride that allows you to bypass auto traffic that often takes longer). Most autumn days are clear and sunny, with high temperatures in the 70’s / 80’s, and low temperatures in the 50’s / 60’s. The weather is usually perfect for outdoor recreation around the clock; light jackets and gloves are recommended in the early morning hours.

Winter is a season of singular beauty in Albuquerque, and generally stretches from mid/late November through February. Most days are clear, still, sunny, and beautiful for bike riding in the late morning and afternoon; high temperatures range in the upper 40’s / 50’s, and low temperatures are in the 20’s / 30’s. Winter brings the smell of pine smoke, hot chocolate, posole (a traditional, pre-Columbian / Latin stew), and the luminarias (traditional outdoor Christmas-eve lanterns) for which Albuquerque / Old Town is famous. The City occasionally receives light snow accumulation which generally melts by noon; ‘weather checks’ are available from Routes.

All municipal bike trails / paths remain open during the winter months, and are generally less crowded. Jackets, gloves, and full-length pants are recommended. A full- or half-day bike rental (i.e. 11:00AM – 11:00AM or 12:00PM – 4:00PM) is a perfect fit to this season.

Great News! In accordance with the NM Governor’s Guidelines, we are now OPEN 7 DAYS A WEEK / 10am-4pm for maintenance, accessories, retail, and (drumroll) BIKE RENTALS!! 🤩👍

Please note: we are taking everyone’s safety very seriously and are following the strictest health guidelines:

👉 We are limiting the number of guests in our shop at one time to 5 and are still providing curbside services for overflow.

👉 As ordered by the state, everyone must wear masks at all times for both in-store and curbside service.

👉 We have hand sanitizer available for guests and our team members.

👉 All rental and maintenance bicycles are sanitized when they arrive and before they go out for everyone’s safety.

Because we care about you – please help us follow these guidelines and if you are not feeling well or are in a vulnerable health group, please consider staying home.

We have chosen to hold off on our bike tours until June 1st to best be prepared for everyone’s safety.

Stay well and ride on, friends! We will see you soon!